The FGC hits sunny Daytona Beach, Florida for CEO 2022 and all the hits are here for your viewing pleasure this weekend. Starting this Friday, June 24th we’ve got 3 whole days of fighting game action with a healthy mix of old and new so let’s talk about schedules and streams right here.

The popular Tekken World Tour competitive league for Tekken 7 returns for a 2022 season starting with CEO for a global kickoff. 16 regions across the globe will be eligible to participate in Dojo events locally and Master events globally to compete on a leaderboard for an invite to the Tekken World Tour global finals. TWT is by far the most extensive and truly “global” competitive league any publisher has supported in FGC history, so do yourself a favor and find a Dojo event near you on the TWT 2022 official site.

All streams are featured on the CEO Gaming TV web page or available on the SuperCombo.gg homepage.

The full stream schedule as provided by CEO is below: 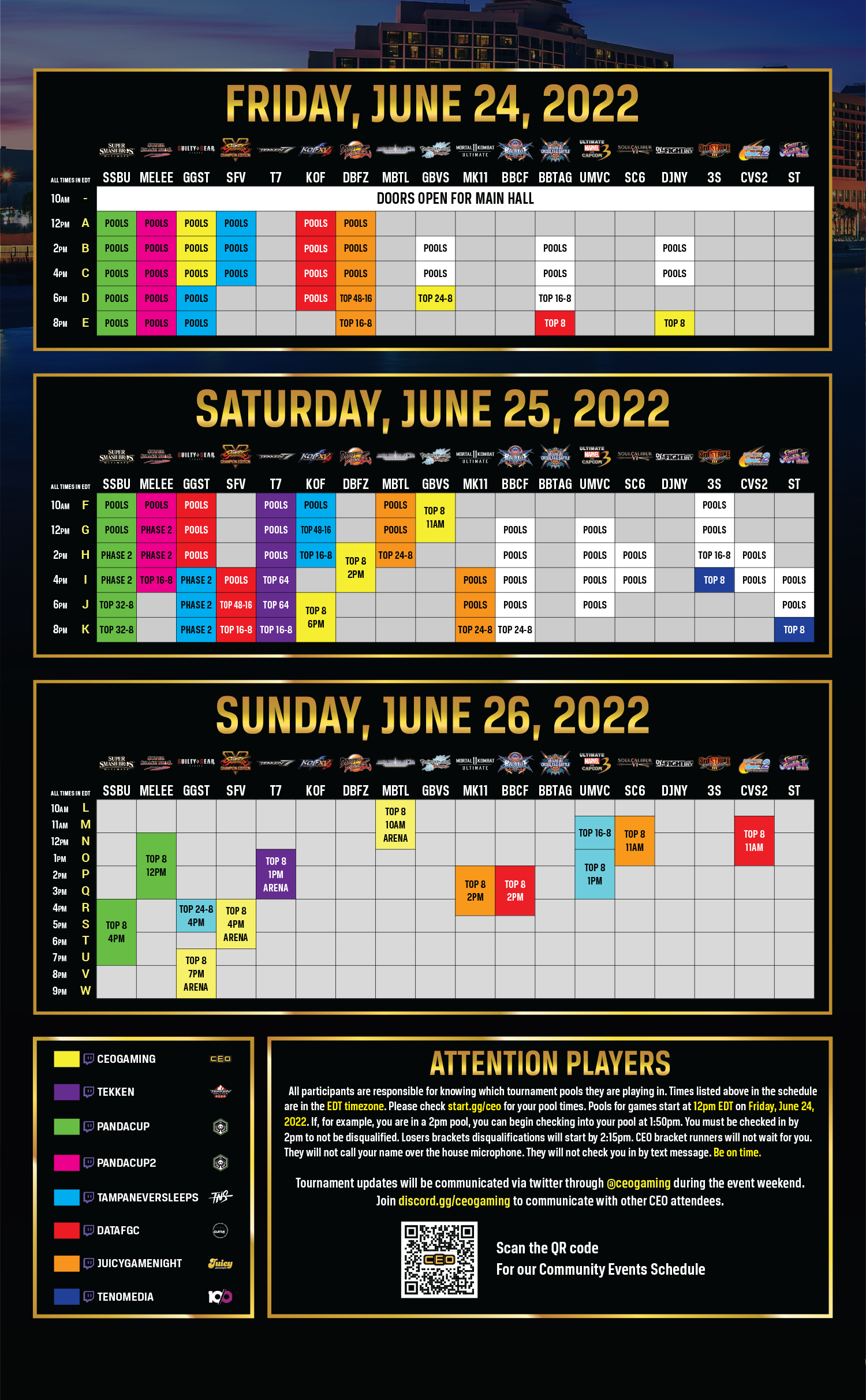 The lineup of Community Tournaments at CEO 2022 includes:

All times listed in Eastern Time.

Feel free to share your favorite CEO 2022 moments and link up with others going on the SuperCombo Forums thread for CEO 2022. If there’s anything you think we missed, let us know ahead of the event on our tip line. For more information, inquiries and updates refer to CEOGaming on Twitter or the official CEO Discord server.