KOF FIFTEEN! You’ve heard the announcer say it many, many times through the drip-feed of character trailers and we’re finally getting our hands on it this weekend. The KOFXV Open Beta Test will be exclusively on PlayStation 4 and 5. Read on for how to participate and beta timing.

The King of Fighters XV Open Beta Test begins on Friday November 19th at noon Japan time or 7 PM Pacific and 4 AM Central European time (20th). Expect to be able to play until Monday the 22nd at midnight in JST. This is barring any potential downtimes or extensions, of course. 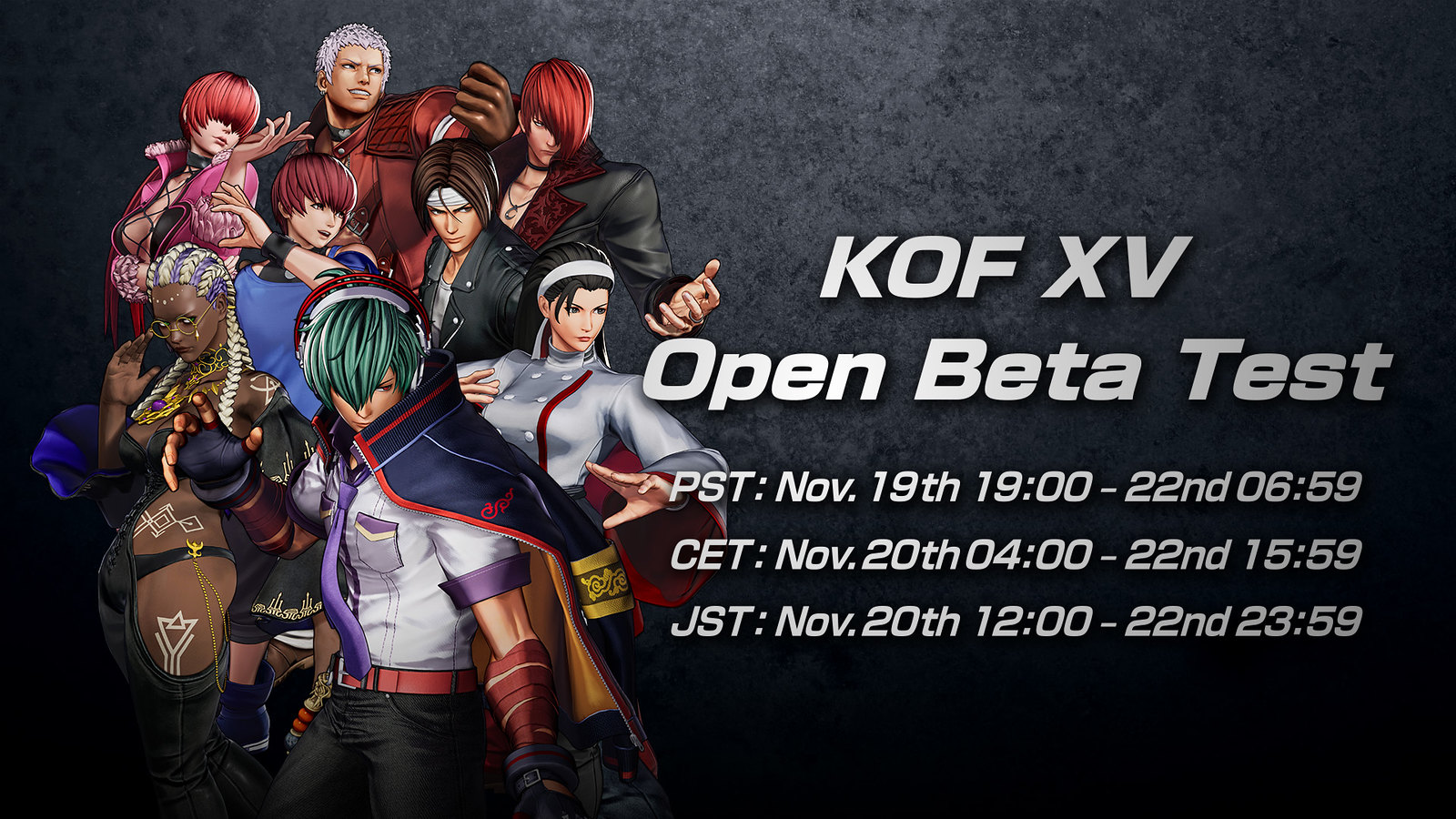 How to participate in the Open Beta Test

This beta test will be held exclusively on Playstation 4 & 5 consoles and both versions can play with each other (though it’s unlikely there will be any differences between them). The beta test will be downloadable from the PlayStation Store and SNK has confirmed it will NOT require PlayStation Plus in order to play online.

The King of Fighters XV Open Beta Test will feature 8 playable characters and a variety of game modes to choose from. It’s actually quite meaty, so here’s your breakdown:

Open testing periods have quickly become a highly requested part of the pre-release process from the fighting game community following the positive reception to Guilty Gear Strive’s netcode. Because the netcode was tested publicly and released in a quality state many have attributed this process as a part of why Strive’s netplay is as good as it is.

We know that The King of Fighters XV will have rollback netcode, but will it live up to standards needed to play coast-to-coast or cross-continental matches competitively? Given SNK’s working relationship to netcode wizards Code Mystics some fans have their expectations set high, while others point out this is the first time SNK implements rollback netcode into an Unreal Engine title following the poorly received delay based online in 2019’s Samurai Shodown. Regardless of expectations you can at least get an idea of what to expect if not improved from the full release at no extra charge.

SNK and UK Tournament Organizer NGI have teamed up to put on an offline casuals setup & tournament for The King of Fighters XV using the Open Beta Test version. Revolution 20XX-XTend- in London will host casuals setups all weekend during their event with a free to enter tournament on Saturday the 20th. If you’re going to the event registration for KOFXV will be done on the day of the tournament and you must purchase a Saturday or Weekend venue pass to enter (signups close on Wednesday the 17th). Tune in at 6 PM GMT (1 PM EST) on November 20th at NGIEvents’ Twitch channel to watch.

Joining the Revolution 20XX -Xtend- lineup is… The King of Fighters XV!

With the recent announcement of the Open Beta dates operating during Revo, we've decided to host a free to enter tournament (for those with Saturday entry).

Entry for KOFXV will be on the day itself. pic.twitter.com/YLWw5yZIIO

Further information about the test will be conveyed through SNK’s official Twitter feed or the SNK News website. Discuss the King of Fighters XV or find matches in our SuperCombo forum general thread for KOF!