GeesePants Okay......so I'm gonna stay salty that Kim is not part of the initial roster. It's pretty surprising. Hasn't he been in every KOF game? It could be just a…

Hey, hey! I'm Punk from Chile. I ((obviously)) love fighting games. The games I play the most are KoF, Street Fighter, Darkstalkers, Marvel 2 and Capcom VS SNK 2.

I had a lot of fighting games in my PS2, I never paid much attention to them until I played Dead or Alive 2 , and unlocked almost all costumes.… 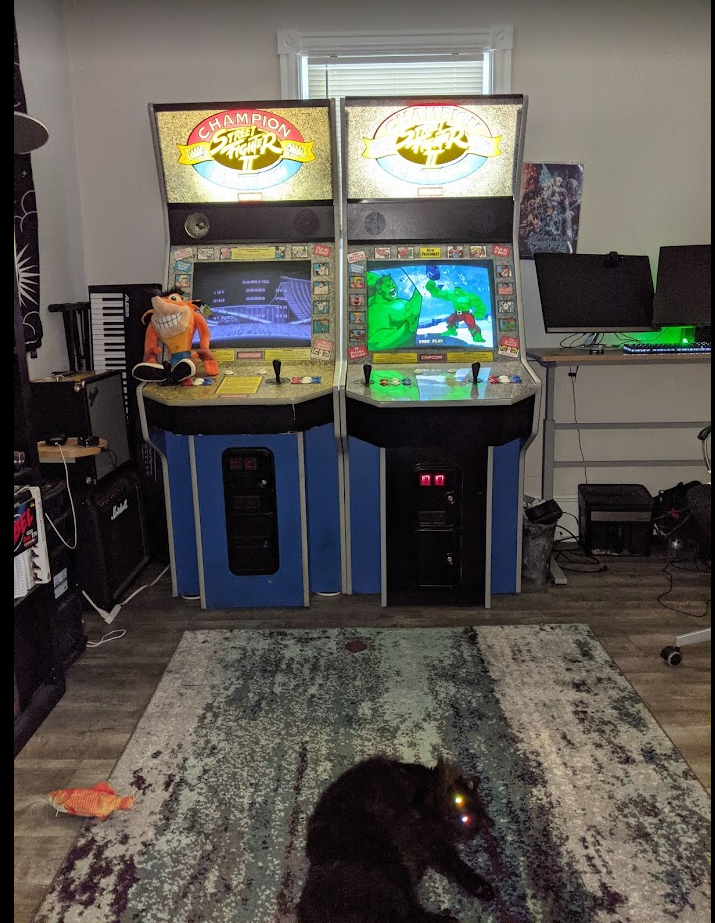 Wow, your set ups look awesome! I really admire candy cabs - I hope someday I can get some. My set up isn't anything fancy. Two Big Blues - the…

Alch Fireball, Dragon punch, 360, and pretzel are all examples of shorthand. People also say numpad notation when speaking all the time too: "2C", "6A", etc. copy/pasting arrows every time…

What would you call the non-numpad direction notation?
17 January 2022 - traplordhuey

I've been going through updating the frame data on the wiki. MG, Kudlak, and Celia now have frame data and Hikaru and Cerb's have been fixed (they were off by…

I own a hitbox and it has been nothing but great. I like the size on it as for me the snack box and others are just too small.

This would be cool if the PS5 had games.

Don’t get fooled by Heatwave’s apparent minimalism: at its core, this game is a legit-to-the-Angels air-dasher, with tight controls and tidal waves of combo freedom. Easy to pick, hard to master, and with three different fighting styles, this game offers options for everybody. Join us in this trip to a post-apocalyptic flooded Earth as we dissect the mechanics of this 20-pixels-tall air-dasher and what makes it tick!

It’s time for inaugurating a subsection of my Indie Fighting Game Thursday series: Deep Doujin Dive, in which we delve into obscure, rare or not very well known Japanese indie fighting games and review their mechanics, aesthetic and appeal. To kickstart the series, we begin with FateAxis 2 ~ The Fragment, a game by Rokusujio!

The previously leaked platform fighter project in development at Warner Bros’ games division has finally been revealed officially. MultiVersus is a platform fighter boasting a roster of various comic book, film and TV show characters including Arya Stark, Batman, Finn & Jake and other Warner Bros characters. Beyond the character selection the game is pitched to have an emphasis on 2-versus-2 team gameplay and high quality online play features.

Read on for the trailer and where to learn more.

KOF FIFTEEN! You’ve heard the announcer say it many, many times through the drip-feed of character trailers and we’re finally getting our hands on it this weekend. The KOFXV Open Beta Test will be exclusively on PlayStation 4 and 5. Read on for how to participate and beta timing.

This weekend will see several niches in the FGC come together to compete & connect in Atlanta, Georgia for Climax of Night. Climax is one of several tournament labels that were forced to shutter under the effects of the COVID-19 pandemic in 2020 and is now poised to return with a strong showing for the French Bread, Gundam and Vampire communities. Let’s talk about what to expect from [real fighting roots ’21].