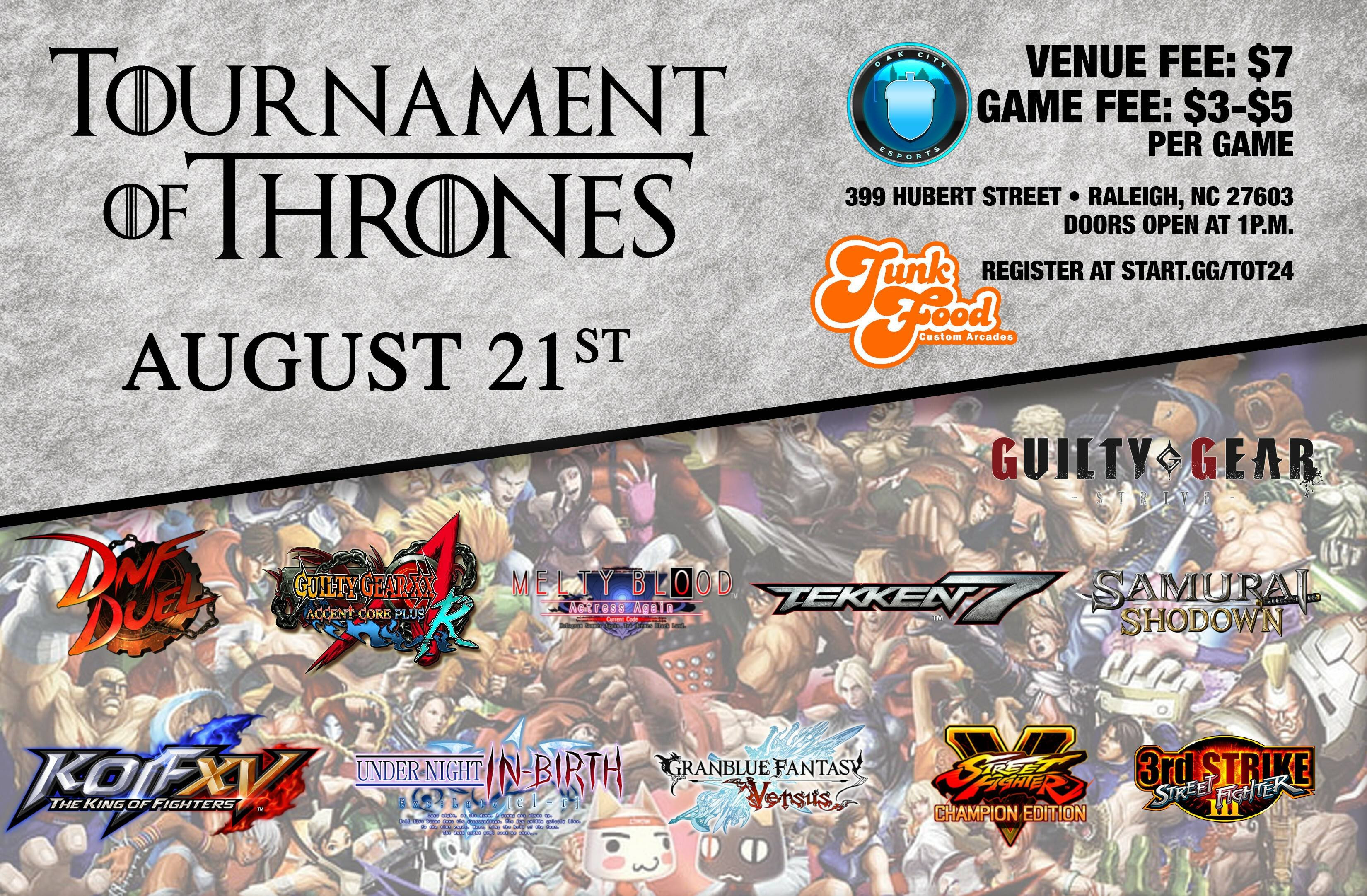 North Carolina FGC Discord: https://discord.gg/w6M5EDYshF Sign up here: https://www.start.gg/tournament/tournament-of-thrones-24/details Welcome to Tournament of Thrones! This is a fighting game monthly tournament held at Arcade of Thrones in Raleigh, NC since…

Eighty Sixed are dropping some new Skullgirls Valentine pins. This will probably be the last merch of Valentine before her redesign, so get them while they're hot.

Here it is, folks, the EVO special. Making this one a bit in advance since July is basically over as well as to drum up hype. This one will be…

I'm hype btw. I've always been a fan of whenever they make Ryu completely off the wall crazy in games like TvC and they seem to be having fun with…

I think she is strong. We’ve already seen her do well in tournaments. I don’t know much on her vt2, but it got buffed and I’ve seen it more. I…

Cyberbots OST (and presentation overall) is a knockout imo, this one belongs to my favorite stage too

A repost of one of my first ever Indie Fighting Game Thursday! This time,  we’ll ride together into Beatdown Dungeon, an outlier to the “poor amount of single player content in fighting games” trope: The true and tried core of the game is a single player dungeon crawler through partially randomized floors, not unlike Shin Megami Tensei. And, when your character meets one of said monsters, instead of a turn based RPG battle, you have to vanquish them in a 1v1 fight. Join us in this crawl, accompanied by hand-drawn sprites and upbeat music!

This November, we might have stumbled upon one of the most cursed fighting game discoveries of 2021 — the Laptop Arcade Player, a portable arcade machine sold by LEHAWU on Amazon and Ali Express for 150USD and advertised as having 100+ games… among which, what seemed to be 2 completely original fighting games. Buckle up your belt and join me, GuileWinQuote, Ninjinister and MrMKL in this deep dive into the deep unknown of  this not-at-all-cheap, obnoxious, obscure machine and the amazing discoveries that were made in the process!

Pocket Bravery is an upcoming 2D pixel art fighting game developed by Statera Studio, an indie development team from Brazil. The game went through a rocky, ultimately unsuccessful Indiegogo campaign, but instead of giving up on it, the developers doubled down and decided to go on, against all the odds.
The game adopts a graphic style that can be seen as a compromise between the Neo Geo Pocket sprites and high resolution sprites, giving the characters a sort of “chibi” look.
Join us on this Indie Fighting Game Thursday and be ready to venture through this upcoming indie fighter, which is scheduled to have rollback netcode in the near future!

The fighting game genre is no stranger to emulation. Many of the most popular ways to play classic fighting games involves simply booting up an emulator. However emulation is an arduous development process that relies on the availability of the computing power to deliver the performance demands of the original hardware purely in software. Where does that leave titles that push the cutting edge of console technology? Dead or Alive is one such series and thanks to Xbox we have a great way to play in 2021.

Mark your calendars because offline Marvel is coming your way! Monthly Marvel vs Capcom 2 tournaments presented by Romneto and Next Level in Brooklyn are starting up December 10th. Read on for details.