This article is part of my ongoing “Indie Fighting Game Thursday” review/retrospective series, now on supercombo.gg! This week we talk about the emotional rollercoaster-y trip of Bearsus, a bear-pun-filled, two-buttons fighting game that got stuck in a limbo due to lack of publishers and fundings, only to resurface stronger and ready to bear its fangs!

It’s late 2019. The then-full version of Schwarzerblitz had been quietly released a couple months sooner and I was in talk with the organizers of IndiEvo, a tournament series featuring indie fighting games, to set up the brackets for my own game. Together with me, in that cramped Discord server, there were also the developers of Beatdown Dungeon, HYPERFIGHT and Rodrigo Alem Fernández, the lead developer/owner of ARF Game Studio, an Uruguayan studio which was working on their own, original IP. That game was called Bearsus and was currently—in his punny words—”bearly an alpha”.

Bearsus presented itself as a simple-to-understand, simple-to-master fighting game. Inspired by the likes of Divekick, the game had only two buttons—left and right. By pressing a direction once, the character would jump forward or backwards. Pressing the same direction again would result in one attack, while pressing the opposite direction would trigger a double jump. Pressing a third button would then also result in an offensive maneuver. Overall, this system allowed for four different moves per character, with minimal control overhead. Contrary to Dive Kick, Bearsus wasn’t a 1-hit-KO game: Each character had ten energy pips and to defeat the opponent, one had to hit them ten times, depleting their life bar.

Only one character was available: El Poderoso, a masked bear wrestler whose name was a pun on the Spanish words for “powerful” (poderoso) and “bear” (oso). This character had access to the following moveset:

Each attack had a different use case and range. This, coupled with the pressure-sensitive jump, made for an entertaining, well-drawn game that was immediately accessible but had no defensive options whatsoever. There were also some bugs, such as the fabled, dreaded “Bear Experience Requiem” (yes, the community-given name is a Jojo reference) that would put El Poderoso in an unstoppable, slow slide of death, against which the opponent had to maneuver with care. Fortunately, activating this dangerous forbidden technique on purpose was relatively hard, but it did happen randomly at times.

“You will never reach the truth — Bear Experience Requiem!” Aehm… This was a funny bug in the first alpha. By inputting a frame perfect elbow drop on the ground, one would trigger the dreaded “Bear Experience: Requiem” glitch, that would cause El Poderoso to slide with an active disjointed hitbox, over and over, slowly but surely, against his opponent.

Bearsus would then be played as one of the IndiEvo first games, with an interesting tournament Parsec bracket that is lost to time due to the streamers forgetting to save the Twitch VoD. However, right after the tournament, the developer released a trailer for a new character: the android polar bear Polaroid.

Bearsus’s Polaroid reveal trailer, after IndiEvo 2020. Sadly, this character was never added to the game.

Later, in February 2021, with Polaroid still being worked on, I had the pleasure of having a couple of crossover costumes inspired by El Poderoso in my own game, as a part of a larger indie collaboration event. From an outsider’s perspective, things were looking moderately good with Bearsus, despite the slow development pace. Unfortunately, behind the curtain, a storm was approaching.

… did I mention also an El Poderoso costume for Tiger, from @BearsusGame and a set of costumes designed by the artist known as @VonKrukru?🤔 #gamedev #indiedev #FGC pic.twitter.com/4q6hqOXTxI

Too much to bear

On the 26th of March, 2021, one month after the crossover event, ARF Game Studio shared a short notice stating that Bearsus was canceled. The decision came after a rough period of trying to find a publisher for the game. Rodrigo Alem Fernández would later address the situation in a Twitter AMA, explaining their pitching process and how/ why everything went the way it went.

It seemed like the bears were really going for hibernation, but, this time, forever.

Bearsus was sadly officially canceled on 26 March 2021, due to not managing to securing funding from publishers.

Fresh blood and a new litter

However, the renewed love shared by the community and the players of this niche fighting game made ARF Games go for one, last, “thank you” update. The new version would be first uploaded to Newgrounds, in May 2021, with several bug fixes, polished sound effects and adding invincibility frames on wake-up dash, as a sort of defensive mechanics to reduce the advantage of unrelenting, mindlessly attacking the opponent after a knockdown. The “Bear Experience Requiem” bug was also axed in the process (R.I.P. BER, 2019-2021. You won’t really be missed).

As an additional fun fact shared by Rodrigo Alem Fernández via private message: The announcer voice in this version of the game is actually that of Pencilwing (Franco Zucchi), the artist and animator of El Poderoso.

That was the end of Bearsus. Not the end we wanted to witness, but still a high note, before ARF Games moved back to other projects.

ARF Game Studio is a small developing house, which mostly does contract work for other companies. The Bearsus engine was an offshoot of the one they used for the acclaimed Teen Titans Go! Jump Jousts, a browser game commissioned by Cartoon Network and based on the popular DC Comics cartoon.

After Bearsus was laid to rest, they released a new game, Teen Titans Go! Jump Jousts 2, the sequel to their aforementioned title. So, unlike in an average episode of Matt McMuscles’s “What Happened?” series, after the cancellation of their bearly newborn game, the studio went on and thrived. The story of Bearsus might have ended here, with this bittersweet remark.

However, in March 2022 events took yet another, bizarre, unexpected turn. 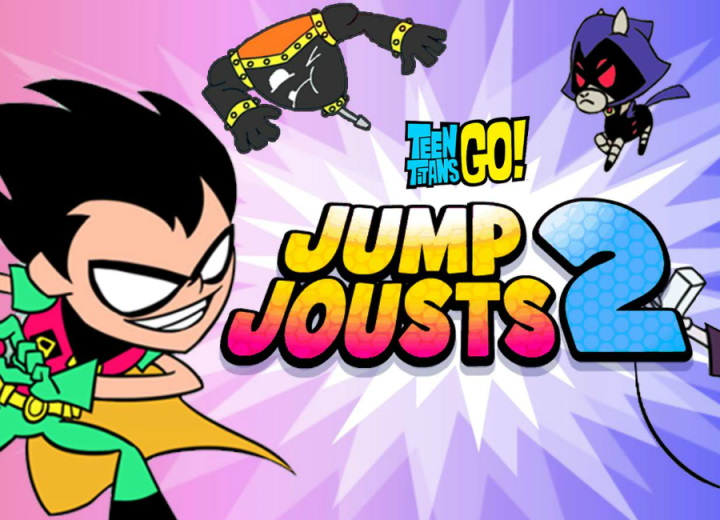 In April 2022, out of the blue, Rodrigo Alem Fernández announced that Poki, an ad-supported web-game portal, decided to publish an updated version of Bearsus on their website. This new version was mechanically similar to the previous Newgrounds build, but with several additions and improvements. The new version would soon be released on itch.io too.

🐾Claw your way to victory with your favorite brawling bear and endure both furrocius foes and embearassing puns!

To get around the budget limitations, instead of drawing new sprites, all the characters are a variation on El Poderoso, with wildly different attack properties. El Asombroso, for example, has the same moveset of El Poderoso but with inverted inputs. Some bears have access to a standing uppercut elbow (created by rotating the elbow drop sprite by 90 degrees), some bears have a butt slam too.

Bearsus is back, baby, and it’s here to remain.

What’s even funnier is that the game is now completely moddable, with a certain degree of work. Palettes, character names, stage graphics, sound effects and music can be almost replaced at will.

I might or might not have taken a jab at it. But believe me, El Kazuyoso spamming bearlectrics was something I didn’t know I needed to add to the game. This makes for an interesting extra, especially for those among you readers that like messing with code and editing games or simply seeing how they work “under the hood”.

Bearsus is available both online on the Poki portal or as a pay-what-you-want download on itch.io. The game includes an arcade mode, endless mode, eight bears and unlockable colors for all bears. ARF Games has setup an official Discord server for Bearsus too. There is no online multiplayer, so one needs to use systems like Parsec to play against friends around the world.

One word of notice for prospective tournament organizers, though: there is currently no way to unlock all bears at startup, thus requiring one to clear arcade mode six times to have the whole roster accessible. This might be addressed in a future patch to make it easier for TOs to setup the game for e.g. a mystery bracket.

Special thanks to the developer ARF Game Studio and to Rod for keeping the hopes alive and for being so transparent about their development and pitching process. Special thanks to the IndiEvo crew too (esp. Yeszo, Luc, YellowSlotCar) for having organized the tournament in 2019, allowing me to get in touch with more indie fighting game developers.